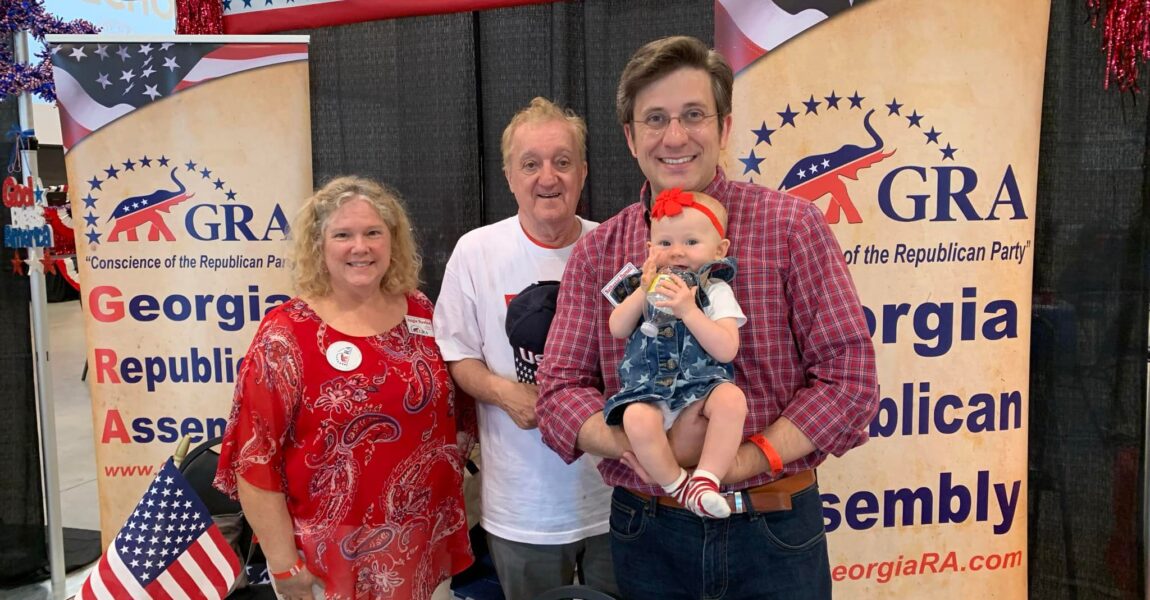 The Cobb County chapter of the Republican Assembly was pleased to participate as a sponsor of the Cobb County Republican Party’s annual July 4th BBQ yesterday afternoon! This year the event was held in Jim Miller Park (where the County Fair is hosted) and the Cobb RAs hosted a table and had their chapter Chairman Nathaniel Darnell share a message to the guests. Nathaniel highlighted our successful endorsed candidates and discussed several of the initiatives of the GRA. He celebrated the series of recent SCOTUS decisions reversing previous bad precedent on several issues as well as the success of the Constitutional Carry bill passed this year—a legislative idea championed by GRA-endorsed candidates over the last several years. He was quoted in the Marietta Daily Journal about the new Georgians Ending Abortion petition, calling on Governor Kemp and Republicans in the legislature to enact Equal Protection for all of the preborn after the recent Dobbs decision held that Rove v. Wade was unconstitutional.

We appreciate our star volunteer Angie Rawles (soon to be known as “AR-15”) who organized the table where special political SWAG was sold that cannot be found anywhere else. Visitors to the table were also able to learn more about our local endorsed candidates and find out how to join membership in the GRA.