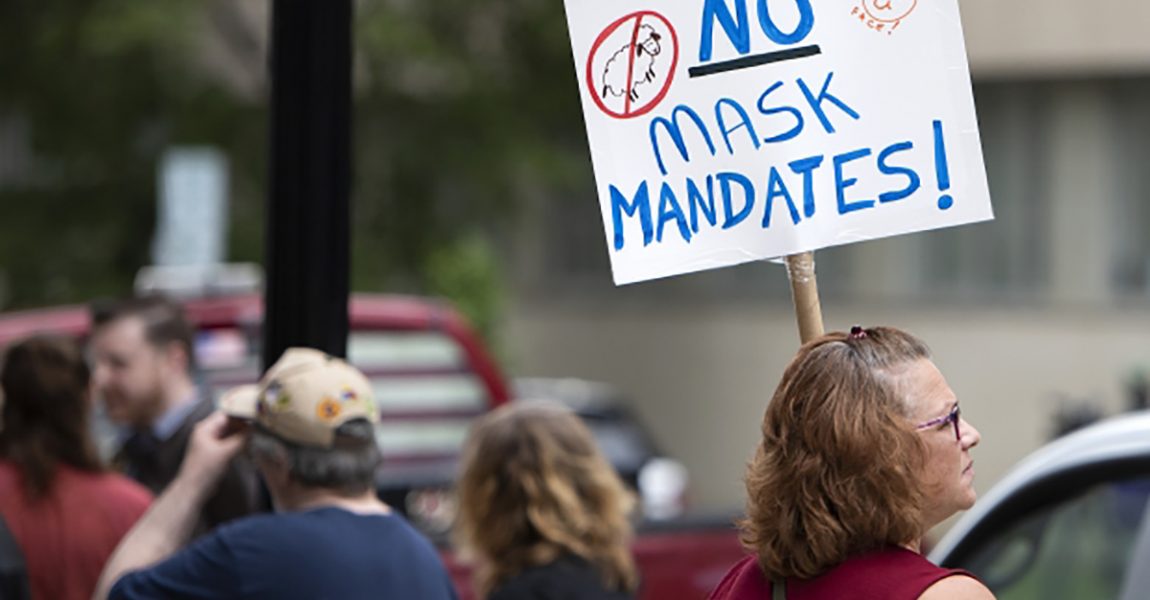 It can be easy to feel helpless under the crushing weight of government actions that can all be excused by simply saying “due to the coronavirus.”

One of the most popular demands now is “we must mandate masks!”

Many people are understandably shocked to see their community fall so quickly under the thumb of local tyrants.

But we decided that instead of just giving in, we were going to do something about it.

By keeping elected officials accountable and refusing to back down, we were able to defeat the mask mandate in Whitfield County Georgia!

Unfortunately, many other counties and cities all across Georgia still force people to wear masks.

Whether it is everywhere or only inside public buildings or businesses a mask mandate is an infringement on your rights.

With the help of freedom loving Georgians like you, we can end mask mandates in the Peach State.

Sign up here to learn how you can end mask mandates in your area!

By working at the local level to defeat mask mandates we will bring freedom to our state while building a coalition of pro-freedom Georgians to make sure the mask mandates stay gone.

This is how we fought and won in Whitfield County, and how we can help you win in your community.

·       We identified supporters in the county and educated them on the actions of their county government.

·       We mobilized hundreds of these supporters to keep their elected officials accountable through petitions, phone calls, public meetings, and media hits.

·       We kept supporters updated on the actions of their elected officials and helped them navigate the bureaucratic obstacles of local government.

Now we want to do that for your Georgia community.

So please, sign up here to learn how you can help unmask Georgia!

Below, Bethany tells her story of fighting and overturning the mask mandate in Whitfield County:

Governor Brian Kemp changed his mind soon after, and local governments were once again allowed to make their own rules concerning the coronavirus.

The mandate in the county had expired by this time, but the signs stating they were required stayed up and word got out that the chairwoman Lynn Laughter was going to try to quietly reinstate the mandate.

This is when I went to work by gathering support from local conservative groups to identify people opposed to the mask mandate.

I grew my list of supporters and educated them with calls and emails, asking them to call their commissioners and demand “No Mask Mandate!”

There was a small attempt by Georgia State Representative Kasey Carpenter (R-Dalton) to suppress this effort.

He told people over his Facebook page that it was silly to worry about a mask mandate because something like that would never pass in a conservative area…..even though the county had passed a mask mandate only a month before.

At the August commissioner’s meeting, over 100 people showed up to speak against mask orders and every commissioner but Chairwoman Laughter stood up and publicly promised to never mandate masks in the county.

State Rep. Carpenter took this opportunity to tell the public “I told you there was nothing to worry about.”

If only that were the case.

Instead, the public was banned from attending all future commissioners meetings using the convenient excuse of the coronavirus. After losing her re-election bid, outgoing Chairwoman Laughter began her full court press to mandate masks.

At every meeting for the rest of 2020, the Chairwoman urged the commissioners to mandate masks.

She brought in medical spokesmen to fearmonger, she had letters from hospital CEOs read calling for forced masking of preteens, and the local papers did their job rebuking the commissioners for refusing a mask mandate.

In the meantime, I doubled down.

We kept the pressure high with phone calls to the board of commissioners.

The persistence paid off when it caused the pro-mask mandate board members to expose themselves under pressure.

Unaware that the video of their meeting was already live, they expressed frustration at all the calls they were getting from citizens who the Chairwoman angrily labeled as “the crazies”.

Later they edited this portion out of the video on the county website, but it was too late and we posted the clip on YouTube.

This video got even more people involved.

Then in November, one of the commissioners died of Covid.

As expected, the chairwoman shamelessly called for a mask mandate in the deceased commissioner’s name.

But the next month, days before Christmas, the commissioners renewed the very same mandate that they had passed in July.

It passed unanimously, and two of the commissioners did not even bother to wear masks in the county boardroom while they voted to make criminals out of normal citizens who did the same thing!

As a Christmas gift to the hundreds of people who had done what I asked and put pressure on their county government, many for the first time in their lives, I had to give them bad news.

And I didn’t hold back.

The commissioners and the local papers were doing their best to mislead the public by claiming that the county was still without a mandate, since a mask mandate on county buildings wasn’t a real mandate.

I wrote a scathing email updating the citizens and targeted the pressure toward the two returning commissioners with photos of them maskless while voting for the mandate.

We also organized calls to the incoming chairman and demanded he make removing the mask mandate his number one priority.

In between opening presents and singing Christmas carols we were making plans to pay these commissioners back and I believe this willingness to plan and prepare while the other side were relaxing made a huge difference.

The day the new chairman was sworn in, we mobilized citizens to cover the chairman with phone calls and emails demanding he overturn the mask mandate.

The chairman assured people that in person meetings will return, and that he wanted the mask mandate overturned as well……in a few months when the vaccine is distributed.

If we just wait till then he assured us, the mandate can go away easily.

This wasn’t good enough for us.

If I let up and told the grassroots to just be patient, he wouldn’t have to deal with a controversial issue his first week in office and could remove pressure from the members of the board of commissioners.

Worse, if removing the mandate is still too controversial in a few months he can avoid responsibility by claiming we just need more people vaccinated.

So instead of letting up the pressure, we doubled down with phone calls telling him to remove the mandate NOW!

But we ran into a snag.

Only a day before the first board of commissioners meeting of 2021 and the first meeting open to the public since August, it was announced that the meeting would take place in a privately owned building that required masks.

This was a pretty sneaky move.

By holding the meeting here, the new chairman could uphold his promise to return in-person meetings and avoid the controversy of having a “super-spreader” event, while passing the blame for requiring masks onto a private facility instead of the government.

Elected officials had the added benefit of discouraging turnout of citizens who refused to wear masks.

I told the grassroots as much in an email and made calls to people urging them to show up anyway, if they could or would not show up I urged them to make calls.

Thanks to the actions of the community members we mobilized, the commissioner who had been the only no-vote on the original mandate but supported the mandate in December saw the light.

Apologies and excuses were made, but the targeted pressure from his community was enough to get him to repent and make a motion to end the mask mandate immediately.

The chairman tried to get him to back down and put conditions on ending the mandate, but he stood by his motion for its immediate end.

The motion was seconded by the other returning commissioner and passed unanimously less than a month after it had taken effect.

I had helped the people I love more than anything gain some of their freedom back, and I knew that I did not want to stop there.

This did not take a large, well-funded operation to accomplish, but rather a tireless minority determined not to silently accept the “new normal”.

We want to help you do the same thing, so please sign up here so we can end and prevent mask mandates in your Georgia community.

P.S. One of the most popular demands now is “we must mandate masks!”

By keeping our elected officials accountable and refusing to back down, we were able to defeat the mask mandate in our county!

We want to help you do the same thing, so please sign up here so we can end and prevent mask mandates in your Georgia community. 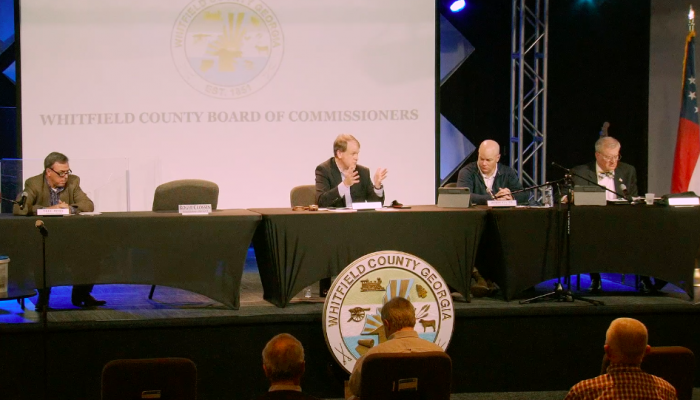 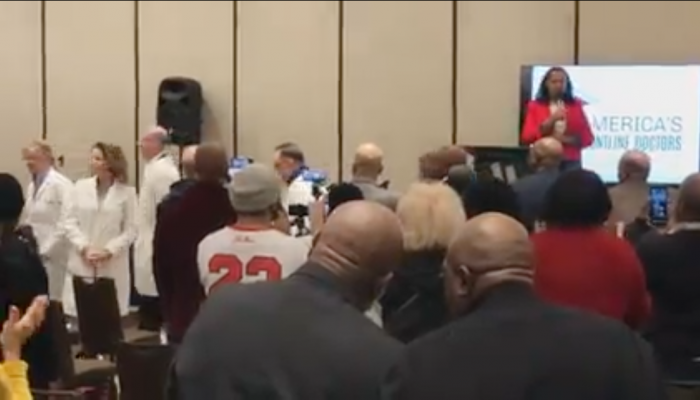